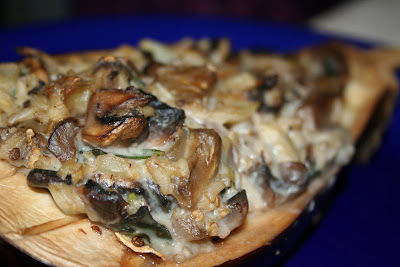 This is not your traditional stuffed eggplants.  It has a cream sauce, instead of the usual red sauce, and brown rice makes the filling a bit more substantial.  While this recipe is more time consuming than some of my others, it's well worth it.
If you want to pack in some extra greens, add a cup or two of chopped spinach or swiss chard with the basil.
Ingredients:
The Recipe: 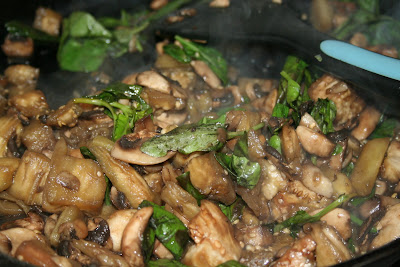 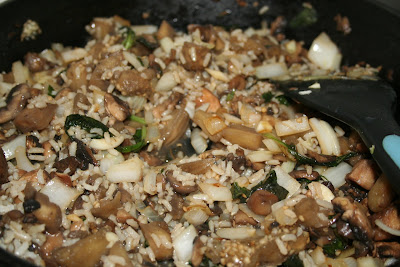 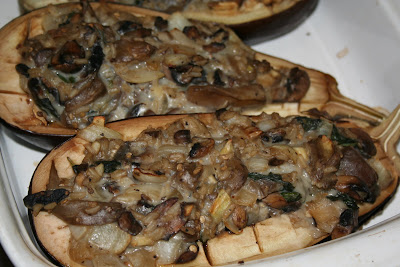